L-cysteine ??hydrochloride monohydrate has been used in protocols to isolate dorsal root ganglion neurons (DRG).  It was also used in research to test its effect as an inhibitor of enzymatic browning of apples.

L-cysteine ??hydrochloride monohydrate (LCHCMH) is a water-soluble salt of the non-essential amino acid L-cysteine. It is widely used in the pharmaceutical industry. The thermodynamic characteristics of LCHCMH in aqueous solution have been reported. [1] It can be crystallized in an orthogonal system with the P212121 space group. Its nonlinear optical (NLO) characteristics have been studied in single crystals grown by unidirectional Sankaranarayanan-Ramasamy (SR) technology. 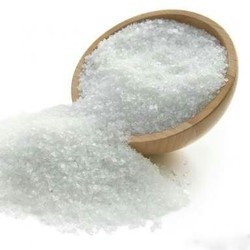 L-Cysteine is a non-essential amino acid that can be synthesized by the human body under normal physiological conditions if a sufficient quantity of methionine is available. L-Cysteine is commonly use d as a precursor in the food and pharmaceutical industries. L-Cysteine is used as a processing aid for baking, as an additive in cigarettes, as well as in the preparation of meat flavours.

L-Cysteine hydrochloride monohydrate is used as a precursor in food, pharmaceutical and personal care products. It is actively involved in the production of flavors such as meat flavor obtained by reacting with sugars. It plays an important role as a key raw material for the manufacture of N-acetyl-L-cysteine, S-carboxymethyl-L-cysteine and L-cysteine base. It is involved in the treatment of liver disease as an antioxidant and antidote. Being an essential amino acid, it used as animal feed especially for sheep, which is responsible the growth of wool.

ChEBI: A hydrate that is the monohydrate form of L-cysteine hydrochloride.

This product is supplied from Wacker FERMOPURE? material, but is sold for R&D use only, not for drug, household or other uses.

Likely impurities are cystine and tyrosine. Crystallise the salt from MeOH by adding diethyl ether, or from hot 20% HCl. Dry it under vacuum over P2O5. Hygroscopic. [Beilstein 4 III 1580, 1600.]