Melatonin is a hormone secreted by the pineal gland, and its chemical structure was 5-methoxy-N-acetyl tryptamine, the physiological function of inhibiting gonad, thyroid, adrenal gland, parathyroid gland and pituitary function, inhibit precocious puberty, reduce pituitary Melanotropin secretion; and has a central nervous system function, can improve the convulsion the threshold, cause drowsiness. When pinealectomy after the animal experiment showed hyperplasia of the glands, weight increase, especially sex and sexual organs of immature rats early, pituitary secretion of LH and FSH increased, increasing secretion of thyroid and adrenal cortex hormone melatonin. More reduced pituitary MSH and whiten the skin of this role. Effects on the central nervous system, in the human EEG showed slow rhythm, increased seizure threshold, sleepiness, but does not affect their behavior and personality, of temporal lobe epilepsy and Ba Jinsen disease can reduce the motor nerve Abnormal EEG changes.

Melatonin is a slightly off-white, odourless crystalline powder. It is very slightly soluble in water and in dilute hydrochloric acid. 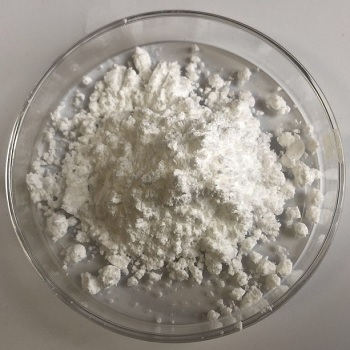 Melatonin is a small molecule, a derivative of the amino acid tryptophan, N-acetyl-5 methoxytryptamine. It is a potent hormone with well-recognized activities and the potential to influence many bodily functions. It is produced by the pineal gland in the brain and is secreted when the body recognizes darkness. Melatonin has intense effects on the timing of the sleep/awake cycle, regulating the circadian rhythms of several biological functions. This is its most studied biological activity. Melatonin, as a multifunctional hormone, appears to regulate or modulate other functions in humans through the activation of its receptors and works as a strong antioxidant that protects the DNA. Melatonin’s antioxidant activity may reduce Parkinson’s disease development, prevent cardiac arrhythmia, and, in animals, promote longevity.

Melatonin is a naturally occurring hormone produced by the pineal gland and is structurally related to serotonin. Physiologically, melatonin secretion increases soon after the onset of darkness, peaks at 2-4 am and diminishes during the second half of the night. Melatonin is associated with the control of circadian rhythms and entrainment to the light-dark cycle. It is also associated with a hypnotic effect and increased propensity for sleep.
The activity of melatonin at the MT1 MT2 receptors is believed to contribute to its sleep-promoting properties via their distinct actions on the circadian clock. The MT1 receptors are thought to inhibit neuronal firing, while the MT2 receptors have been implicated in the phase-shifting response.

1. Melatonin can be used as medicine health care products, so as to enhance people’s immune function, preventing aging and back to youth. What’s more, it is also a kind of natural “sleeping pill”.
2. Melatonin is a kind of hormone secreted by pineal body of pituitary gland in the body. The amount of melatonin has something to do with light. The weaker the light is, the more the melatonin is, whereas the less. In addition, it is helpful to one’s sleep.
3. Biochemical research.

Melatonin is a naturally compound found in animals, plants, and microbes. It is a hormone secreted by the pineal gland. Melatonin can directly neutralize a number of ROS, stimulate several antioxidant enzymes, reduce UV-induced erythema, modulate the expression of apoptosis and alleviate sleep disturbances. The mechanism of biological effects is via activation of melatonin receptors or protection of nuclear and mitochondrial DNA.
In the skin, melatonin scavenges and inactivates free radicals arising from UV irradiation. Melatonin represents a substance which protects cells from UVA and UVB action in vitro and in vivo experiments. Preincubation with melatonin can lead to the normalization of the decreased UV-induced mitochondrial membrane potential. Such effects are followed by suppression of the activation of mitochondrial pathway-related initiator caspase 9 (casp-9), but not of death receptor-dependent casp-8. Melatonin also down-regulates casp-3/casp-7 and reduces PARP activation (Fischer et al,. 2008).

1. The effect to brain: the melatonin obtained by brain mainly gathers in midbrain and hypothalamus and it adds the activity of brain pyridoxal kinase, thus promoting glutamic acid decarboxylation to γ-amino butyric acid, 5-hydroxytryptophane decarboxylation to 5-hydroxytryptamine, both of which can inhibit the increase of the neurotransmitter content and have an effect of adjustment and mitigation on central nervous system.
2. The effect to hypothalamus and pituitary: materials like polypeptide produced by pineal body still have thyrotropin-releasing hormone(TRH) and luteinizing hormone releasing hormone(LRH) which are same with what hypothalamus produces except AVT. After injection of melatonin, gonadotropin (GnH)(FSH,LH) and melanocyte stimulating hormone(MSH) are lowered while growth hormone increases. Cutting pineal gland will cause pituitary hypertrophy, increase pituitary secretion and lower prolactin(PRL) and antidiuretic hormone (ADH).
3. The relation to gonad: melatonin has an inhibitory effect on the reproductive system. Clinically, main cytoma of pineal body can lead to pubertal delay and when teratoma appears in pineal body, it may result in sexual precocity because main cells are excluded. Ambient light and sympathetic nerve can affect the function of the reproductive system by inhibiting the synthesis and release of melatonin in pineal gland.
4. The relation to thyroid: by injecting melatonin, thyroid secretion will decrease. This may be caused through the inhibition of the hypothalamus release and Thyroid Stimulating Hormone (TSH) secretion of pituitary, hence holding back the function of thyroid.
5. The relation to adrenal cortex: melatonin has a strong inhibitory effect on adrenal cortex. If we inject pineal body extracts to healthy people, we will find that their aldosterone secretion and 17-ketosteroid output will decrease.
6. The relation to pancreatic island: melatonin can lower blood glucose and increase sugar tolerance. In conclusion, pineal gland can assist pituitary to jointly adjust endocrine function and play an vital role in keeping relatively constant in body environment and controlling some endocrine function, especially for gonad.

Pineal cells obtain tryptophan from blood circulation and become 5-hydroxytryptophane catalyzed by hydroxylase and 5-hydroxytryptophane turns into 5-hydroxytryptamine after decarboxylated by decarboxylase. There are three possible changes for 5-hydroxytryptamine: for the first part it may turn into 5-hydroxyl-benzpyrole acetic acid when deaminated by monoamine oxidase; for another part, some 5-hydroxytryptamine will leave the pineal cell and be taken in by sympathetic nerve ending and stored with neurotransmitter and noradrenalin; for the remaining part, the 5-hydroxytryptamine will be acetylated by N-acetyl-5-hydroxy tryptamine transferase and then be o-methoxy by hydroxylation indole-o-methyl converzyme, finally forming melatonin. After being synthesized, melatonin will be released by cells and enter into blood circulation through cerebrospinal fluid or directly, where noradrenalin may strengthen the synthesis, the speed of which depends on activity of hydroxylase in liver microsomes. Catalyzed by the hydroxylase, 6-hydroxylmelatonin is formed, soon afterwards it combines with glucuronic acid and sulfate, excreting through urine.

Melatonin, at times referred to as the “hormone of darkness,” normally is secreted during the night. It is synthesized in the pineal gland, and its secretion is controlled by the suprachiasmatic nucleus, following an endogenous circadian rhythm. Studies indicate that melatonin may

Melatonin is a naturally occurring hormone in the body.

ChEBI: A member of the class of acetamides that is acetamide in which one of the hydrogens attached to the nitrogen atom is replaced by a 2-(5-methoxy-1H-indol-3-yl)ethyl group. It is a hormone secreted by the pineal gland in humans.

Melatonin is promoted as a cure for travel sickness, jet-lag and insomnia and has recently been claimed in the United States to reverse the ageing process. A synthetic version has been freely available from health food shops and pharmacies as a "nutritional supplement" since 1993.

A hormone that has been postulated as being a mediator of photic-induced anti-gonadotropic activity in photoperiodic mammals. Counteracts the apoptotic effects of etoposide in bone marrow cells. Melatonin receptors are coupled to a G-protein system. Inhibits rat cerebellar nitric oxide synthase (NOS).

Endogenous hormone that acts as an agonist at melatonin receptors MT 1 and MT 2 . Exhibits a prominent role in the control of circadian rhythm, displays immunomodulatory activity and acts as a powerful antioxidant in vivo .

Melatonin is most effective in young individuals and appears to be less effective in elderly individuals (possibly because of a decreased number of receptors). Melatonin causes a phase shift of approximately 1 hour per day. This means that the use of melatonin in the morning can delay the onset of evening sleepiness, whereas melatonin taken in the evening has been associated with faster onset of sleep and increased total sleep time. Melatonin is sold as a food supplement in the United States, but it has become popular for use as a hypnotic and for alleviating jet lag (a flight across five or more time zones) and helping to resynchronize individuals who have difficulty adapting to night-shift work. have effects on circadian rhythm and sleep processes. The presence of a pharmacologically specific receptor for melatonin in which the molecular structure is known are referred to as MT1, MT2, and MT3 receptors. The MT1 and MT2 receptors are high-affinity G protein coupled receptors, whereas MT3 is a form of quinone reductase. The MT1 receptor appears to be primarily involved in initiating sleep, whereas the MT2 receptor appears to mediate melatonins effect in the eye, circadian rhythm, and vascular effects. The importance of MT3, although widely distributed in different tissues, is currently unknown. The normal physiological concentration of melatonin observed at night is approximately 100 to 200 pg/mL, and oral doses of 0.1 to 0.3 mg of melatonin are adequate to obtain these concentrations even though melatonin frequently is given at doses of 1 to 10 mg to obtain supraphysiological levels. These higher doses may be the reason for some of the side effects not currently associated with the melatonin receptors.

Melatonin may be useful to treat Alopecia-X in Nordic breeds, canine pattern baldness, or canine recurrent flank alopecia in dogs. It has been used anecdotally for the treatment of sleep cycle disorders in cats and geriatric dogs and to treat phobias and separation anxiety in dogs. Melatonin implants are used in the mink and fox pelt industries to promote the development of luxurious hair coats. Implants are also used to improve early breeding and ovulation rates in sheep and goats. Preliminary research is being done for this purpose in horses also.
In pigs, one study (Bubenik, Ayles et al. 1998) demonstrated that 5 mg/kg in feed reduced the incidence of gastric ulcers in young pigs.